Giving a sneek peak into the culture of Ahmedabad is the Natrani theatre. It is the center-stage of performances by the Darpan Academy of Performing Arts – started by Vikram Sarabhai and Mrinalini Sarabhai, and now run by their well-renowned daughter Mallika Sarabhai, who has since remained the Director and the torch-bearer of the tradition of spearheading everything artsy through the four-walls of the institute. 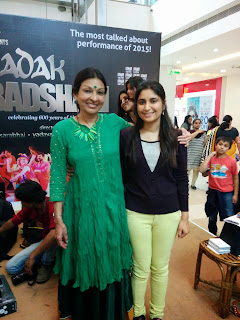 I was obviously delighted to meet her. 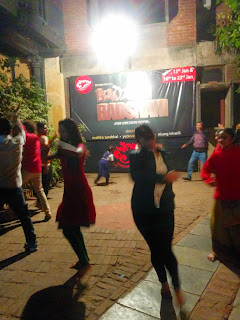 Besides the beautiful red-brick building and a hip cafe in the vicinity, the theatre comes alive through its glorious performances. We happened to attend one of the most talked about performances by the Academy; Kadak Badshahi – commemorating the celebration of 600 years of the Manchester of East, Ahmedabad. 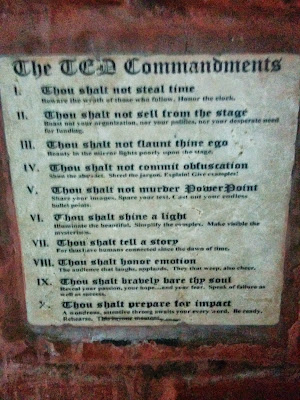 We had booked our tickets hoping that the play is not in Gujarati, but did not regret one bit attending it, even though it did turn out that way! I guess this is why they say art transcends barriers of language. 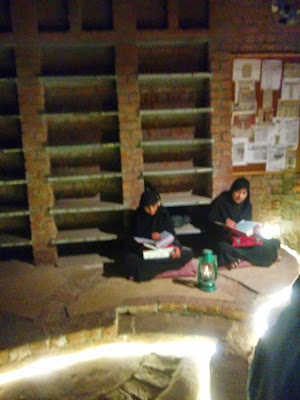 As you enter the curved gate, Natrani welcomes you to a display of stalls – thepla with aam (mango) chutney and peanuts and a footwear and earrings stall besides it. And once you are done with eating and make your way inside through the curtained entrance, you are welcomed with scenes from a railway station. Buzzing with theatre artists, acting as coolies, singers looking to make money, girls reading namaaz – recreating scenes from the city for the ride onboard ‘Kadak Badshahi’. 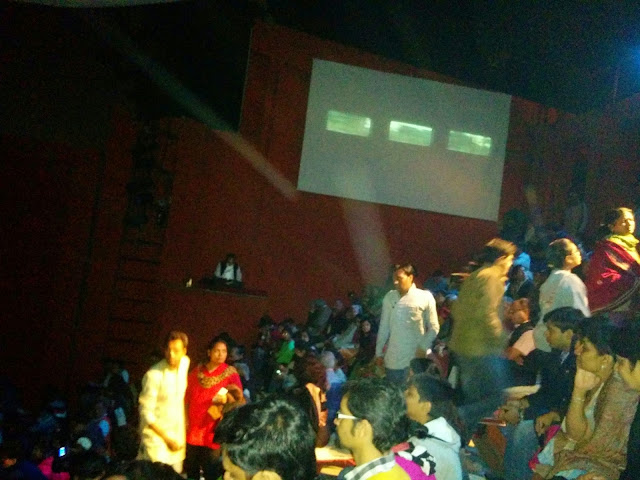 And just as you are seated, the amphitheater is replete with sounds of a moving train, announcements, passengers, leaving no stone unturned in transcending our minds and thoughts to a journey we are about to undertake. Ready to go!! 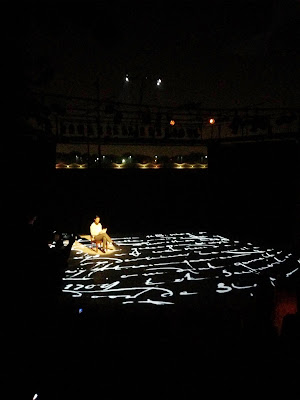 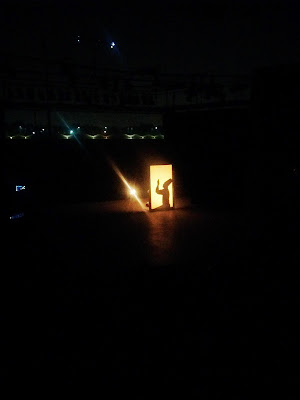 The stage is set at Riverfront Usmanpura. The hares win over the dogs and that’s how the story unfolds from the founding of the city by Ahmed Shah Badshah to its evolution over the years. The sight, sounds and smell of the city intact have all been beautifully portrayed and breathed life into with immaculate character-plays onstage. 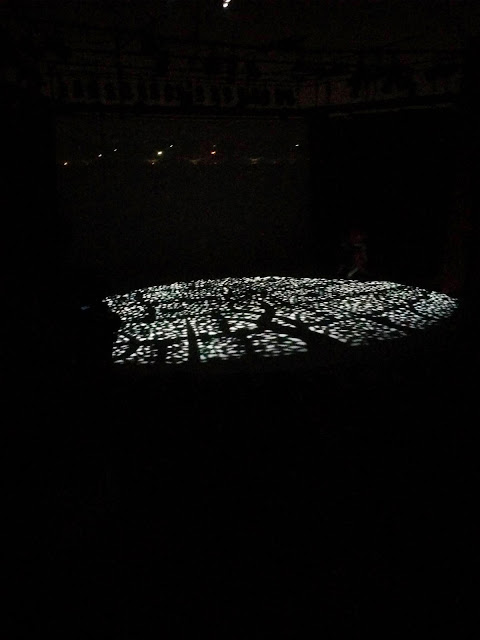 Story of Kankaria lake, Ellis bridge,or the Teen Darwaza, the influence of Gandhi, to the setting up of IIM, the popular folk music – Sanedo to maska bun and masala chai – literally feeding the senses. 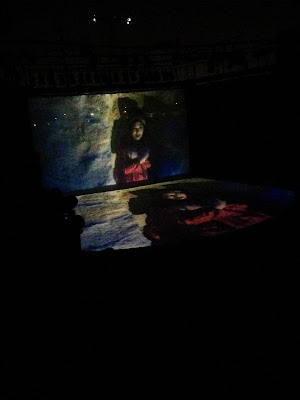 Add to that the unique charm and brilliance of an artist like Mallika Sarabhai starring in the performance herself, what you have is a feast for the eyes. 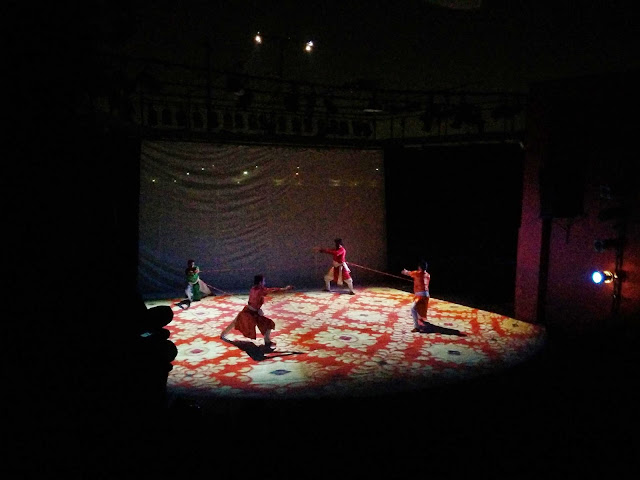 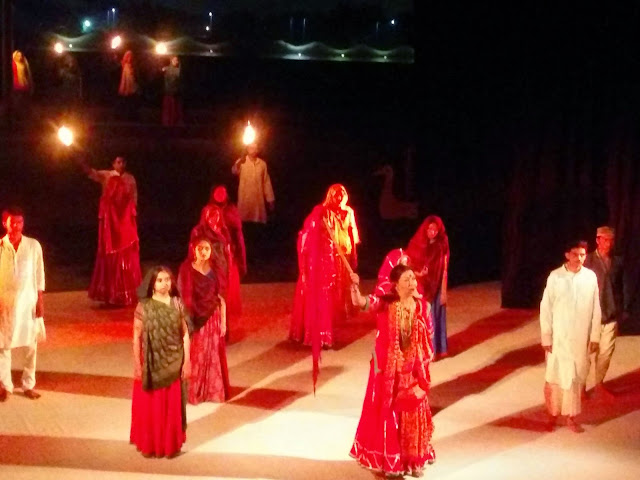 A perfect amalgamation of art, culture and history, Kadak Badshahi revisits the history of Ahmedabad, along with its famous locales, culture and food. Its almost a surreal feeling to witness the extravagance of lights, drama, brilliant backgrounds, imagery with a play of shadows, classical dance, music, puppets and steller performances all on the same platform. 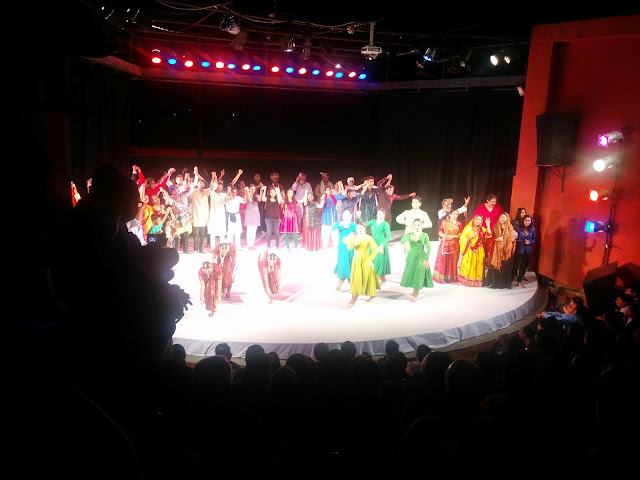 And it doesn’t end at that! The befitting take on what has become of the city, the blood and soul of every Amdavadi who breathes, walks and talks dhanda (business), but nonetheless a community that still binds and celebrates together. This comes across perfectly through the closure when the entire cast is introduced and thereafter, sinks into a celebration – a true hallmark of artists; local and outsiders who come to reside by and make a beautiful city called Ahmedabad, to which KB pays a glorious tribute! Sheer brilliance.