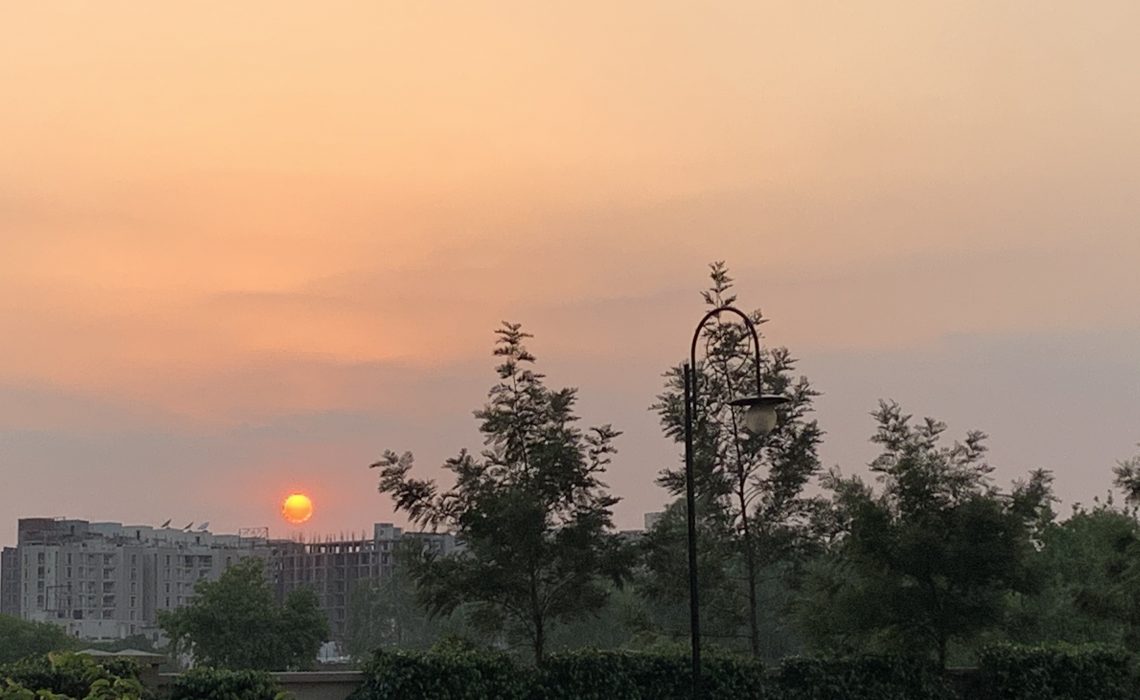 I bet, by now, a lot of us are literally fed up with the lockdown/quarantine so to say, and would pounce at the chance of next careless outing, even if that translates to grocery shopping. There’s a lot that has changed over the last couple of months, but the glaring reality ceases to let go of its hold on our living, breathing spaces anytime soon.

But most of all, I’m thankful to this lockdown for some part. At best, I am compelled to compare it to the Kubler-Ross model, with my own twist to it. Presenting a modified version of the same:

Stage 1: Denial – The initial few months March-April were clouded with doubt, confusion and not to miss anger and resistance wondering ‘why us’. Personally, just made it in time for my wedding in mid March – an ode to love in the times of corona, literally. Just a week before the scheduled travel, we had to move our holiday plan to Maldives to a later date. Our ‘honeymoon’ was reduced to weekends spent in the balcony devouring good food & drinks (can’t complain), and occasionally doing rounds of the next door stores, Le Marche/Modern/More – which I must say, also involved some planning around the ‘best time’ so as to avoid the longest queues.

Stage 2: Acceptance – The ‘new normal’ came to be widely accepted by this time, and we saw people, when stepping out, with a ‘mask’. The news channels inundated our lives, replete with stats on which country topped the highest number of active cases. There were also welcome images of wildlife thriving in different corners of the world – dolphins in Venice, to leopard in the local vicinity in Indian cities like Chandigarh. While some of us had the privilege of being glued to television box for updates, many had to suffer job losses and also head back to their local villages. Across the spectrum of varying scenarios, there was acceptance of the situation & adherence to routine, even if that meant usurping of the same for the migrant diaspora.

Stage 3: Flourish – This phase saw the privileged me trying to delve into previously unexplored realms, with many culinary treats and experiments being dished out. Cooking became the next unexplored genre that was also a good time to invest in, partly fueled by the creative urge and in part, thanks to ‘no maid’ life. This was also a time to reorient, re-imagine and re-invent myself by developing new hobbies. During this time, I found more time than usual for reading, and also signed up for an online volunteering activity, which I’m still pursuing. And not to forget, the curating of my wedding videos/photo album with umpteen number of iterations. Of course, Netflix and Zoom basked in their glory of ‘chill’ (pun intended).

Stage 4: Adapt – With the lock-downs being lifted, the present stage albeit with its challenges intact, has made us all adept with the ‘new normal’. By and large, we have adapted to the new ways and built our lives around it. Work from home, which was a slack concept esp in a country like ours, has accelerated its way to our bedrooms, so much so that I’m now scared of when, at the next call, I will be asked to come to office again. Family support, and being close to near & dear ones has been a huge cushion of comfort, more so for someone like me who has been living away for many years now. My partner & I have held tight to our mutual love for cafes and coffee on the weekends, of course taking the necessary precautions with masks and hand sanitizers for company at all times.

No one can tell when this pandemic will end for us, and many may be complaining of going back to ‘normal’. I have a simple ask – why do we want to go back to normal, and what the hell is this ‘normal’ afterall?! Lets adapt to the new normal, which hopefully will be better than the old normal we know of. Yes, life will certainly not be the same as it was before the pandemic (or shall we say AC/BC), but who knows it would be better in the long run?

Perhaps, we will slow down (just as we have), learn to listen and co-exist on a planet with other living beings. Perhaps, we will delve inwards, instead of outwards, drowning out the worldly clutter. Perhaps, over-consumption and consumerism will make way for conservation and minimalism. Perhaps, the ‘new’ always does not have to be ‘comfortable’, it could be refreshing and hopeful. A place where we make more conscious, and informed choices, and delve into the spiritual realm, which bursts open more answers than questions, more resilience than fragility, more faith than doubt, more courage than fears. Perhaps, perhaps, perhaps… (insert lyrical tone from unrelated but famous song by Doris Day)

The Machan – a hidden treasure in Lonavla